In December Rotarian Doug Vincent of the Rotary E-club of Greater Sydney, visited Sustainable Cambodia (SC) with his family.

Doug was able to spent some time in the SewAid sewing room at SC, and sort out a few things for us. We had been concerned about the huge shipment of fabric they received from SewAid early in the year, and was it still there? We knew that it hadn’t been used, but as Fay Kitto our SewAid teacher had received recent information they wanted more flannelette, we were concerned as to what had happened to the 1,000+ mtrs  they received earlier in the year. But fortunately Doug was able to find the 2022 shipment of fabric safely in storage and so we were very relieved to know it was still there. This shipment comprised of  enough fabric and accessories to make 3,600 DFG kits and last them several years.

Sadly though, Doug found that the sewing room had only one lady working there now, and that due to COVID most all the sewing team we taught and establish in 2017 has left and the sewing room has almost ground to a standstill.  Doug was also able to sent me photos of the all machines and equipment , from which I could easily determine that most all the machines were were in a very bad state of repair. In fact most the machines had burnt out motors and only one of the five industrial machines was actually working. Through several phone calls I was able to advise Doug to take the Janome Overlockers down to the local sewing machine shop in Pursat and have them cleaned and service.  While there , we connected on video and we were able to purchase a new Juki industrial sewing machine, which was delivered and installed that same afternoon.

So the workshop now has good working sewing machines and overlockers, but now we need to help SC rebuild the sewing room staff and re-boot the Days for Girls  sewing program. Fortunately Fay is spending a few days at SC in February , and Fay will be able to help them plan how to rebuild  their sewing workshop. We may well need to send another teaching team to train a new group of sewers.

COVID wasn’t kind to anyone and while it was disappointing  to see the SC sewing workshop is such a sad state, thanks to Doug’s great help we were able to make a good start on getting  it up and going again. But still more to do ! 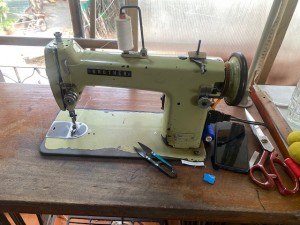 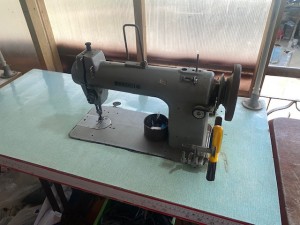 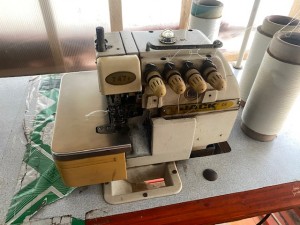 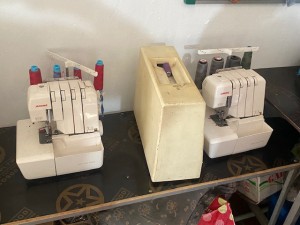 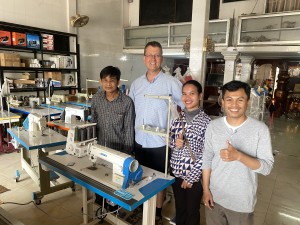 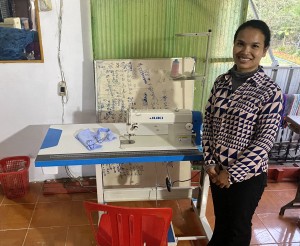