I was invited to join DG Ingrid Waugh ,PDG Jenny Herring D9920 and PDG Simon Manning D9940 on their trip to Kirabati , where they planned to charter the Rotary Community Corp of Kirabati (RRC)  , and commenced work into forming a new Rotary club on the Island of Tarawa.

Kirabati is a country of many small island situated in the central pacific up near the equator. It is reached by air 3 hours North/East  from Fiji. There are 110,000 inhabitants , the majority of them living on the main island of Tarawa.  Tarawa itself is a collection of small islands connected by causeways and forming a V.  The width of the land varies from 500m max to 10m causeways. There is one road running from one tip of the V to the other  – about 60kms. The highest point on the Island is 3m.  It is a modern living society, but with a very large number of the families living in little more than a few sheets of corrugated iron and some canvas. Churches play a major role in the community with most everyone belonging to one church group or another. Catholics are the largest group, but the LDS ( Mormon) church has the largest and most modern churches, schools and other facilities. I believe the existence of the country is almost entirely dependent on foreign aid, and additionally the rising sea level is such that the UN has said that all inhabitants will have to be evacuated by 2050. There is an Australian High Commissioner ( Bruce Cowled ) whom I visited , and an NZ high Commissioner. The currency is the Australian Dollar, Electrical fittings are all Australia style.

Sewaid has for several years received requests for assistance in Kirabati for church groups, and my aim was to investigate the possibilities of conducting a Sewaid training program here sometime in the future.

We stayed at the Utirerie Motel, in the suburb of Ambro, about midway along the South Tarawa peninsula  where the rooms were quite comfortable with air-conditioning and hot water showers, and a nice balcony deck restaurant. I was also able to hire a car here for $65 per day. The restaurant also handled my Gluten Free diet without any trouble. info@utireriemotel.com  Simon is the office manager. Phone 68622530/21168

Our visit was managed and assisted by Kairao ( Cairo) Ribauea Tune, who is the President of the new RRC, a dedicated member of the LDS church and a lady with 9 children and enormous energy. Kairao spoke perfect English and assisted us with anything we needed which was much appreciated.  Her husband a quiet man is a fisherman. tunerkairao@gmail.com phone 73066435.

I visited and talked with the following groups.

KUC  Kirabati United Church of Bairriki . My contact was Matirita ???  known as “Nee Ma” . Matirita was the first president of the former Rotary club which ran 4 years 2012 to 2016.  This group would like us to conduct a sewing program for them however currently they do not have any suitable building to house a Sewaid program. I also called into her home one day and fixed her old Singer hand machine. Matirita63@gmail.com  mobile 7309346 .

KUC Kirabati United Church of Batio.  The contact here is  Mr. Tetibwebwe , and they had previously sent me completed Sewaid application form. I drove up to Batio – which is the last point on the South arm, and met with Mr. Tetibwebwe and inspected their premises . They have a small room, but not big enough for say more than two teachers and 8 students.  The St George motel next door was OK but messy. $120 a night  for a large room which would house 2 teachers comfortably.  They also have a room full of industrial machines,  most all not going.  csmanager@pub.com.ki  mobile 73040725

KPC Kirabati Presbyterian Church. I visited their RAK sewing room. It has been in the past I believe a well organised garment workshop, however I found it had no overlocker working and the qty and quality for the output appeared to be very low. I will try and get a needle for their over-locker.

AMARK Womens’ Centre.  This in a non denomination centre, open to all. They have 3 very large room, ideally suited for a Sewaid. They ran a sewing training course for 30 women last November, when the students brought their own machines.. The co-ordinator is a Mrs Erimeta Barako a very nice lady. I tried to fix 3 of their machines, but only succeeded in fixing one. They have very little sewing equipment.  Email amakgeneral@gmail.com. Phone 686 73047321.

I think it could be possible to do a Sewaid training course there later on, and I think it would be most beneficial.  I mentioned that March 2020 might be a suitable time, but we would need to check what teachers would like to go on this one. Costs is a problem, as airfares are about $2,000 via Fiji, but might be a bit less via Solomon Islands. Accommodation would be approximately another $1,000 or so.  KUC Batio offered to pay our accommodation and meals, but I think this was a bit easily offered and the accommodation in that offer was in the  church buildings which was unsuitable.  The Australian High Commission may sponsor us a little, or we could apply for a grant. One of the big costs would also be the sea freight for the machines and equipment. I need to look into this.

I believe it would be best and fairest to run the Sewaid at the AMAK centre. They have the room and they would supply lunch. Then we could offer to take say two students from each of the other organisation requesting our help. The AMARK centre itself could not offer much on-the-ground  support,  however the RCC may take us on as project,  I will continue to process this. 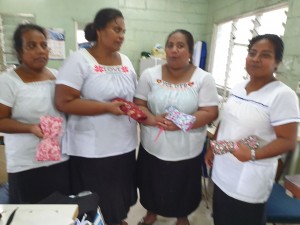 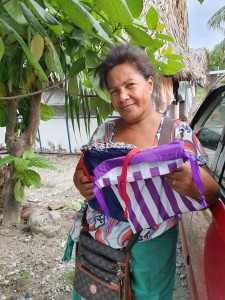 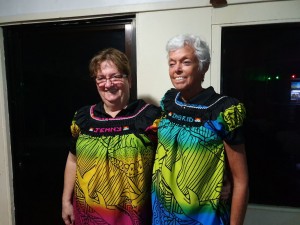 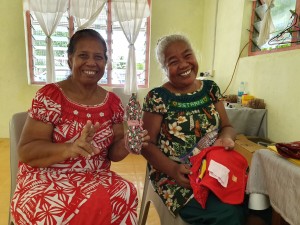